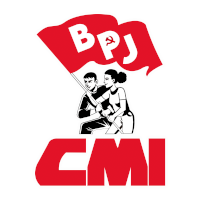 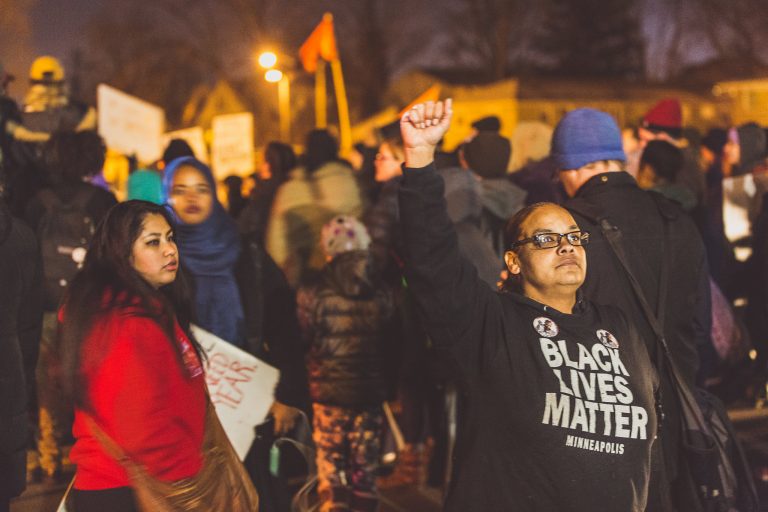 The racist capitalist system has yet again produced the same tragedy—right down to the pleading final words shared by both George Floyd and Staten Island’s Eric Garner. This has sparked some of the largest protests the Minneapolis area has ever seen, and similar actions have already spread to other cities like Los Angeles and Memphis.

Monday evening at 8pm, police were called to the Cup Foods grocery store in South Minneapolis to investigate an alleged case of forgery. Hours later, a routine statement was issued by the police with the innocuous title, “Man Dies After Medical Incident During Police Interaction.”

Overnight, however, the official narrative unraveled as a video of two officers standing over a black man’s body went viral. In the footage taken by a bystander, one of the officers is seen kneeling on the man’s neck as he pleads, “I can’t breathe! Please, I can’t breathe! I’m about to die!” As he continues to gasp desperately for several minutes, one of the officers asks him in an exasperated tone, “what do you want?” Just hours later, George Floyd was pronounced dead.

The original police statement claimed they had found a man suspected of being under the influence. It informed the public that the police had called for an ambulance for someone who had been “suffering medical distress”—with no mention of how an officer kneeling on his neck may have induced that distress.

Over the course of Tuesday morning, more photos and videos emerged on social media. One image shows four officers in total, with three of them casually standing around while their fellow police officer kneels on George’s neck.

A protest was hastily organized through Facebook by Black Lives Matter Minnesota, for Tuesday at 5pm. By 3pm, the four officers involved—Derek Chauvin, Thomas Lane, Tou Thao and J. Alexander Kueng—had been fired. But people had already started to gather outside Cup Foods.

In the middle of the coronavirus outbreak, it was unclear what kind of response the call to action would receive. But after a long winter, in the midst of the worst economic crisis in US history, and with millions embittered by the results of the presidential primaries, the simmering anger in society was ready to burst to the surface. This was the 49th police murder of a black man in Minneapolis alone since 2000, and it was clear that enough was enough—pandemic or no pandemic.

Protest organizers distributed protective masks, hand sanitizer, and bottled water to anyone who needed it and social distancing was encouraged. At its height, the protest was several blocks long, as hundreds marched peacefully carrying signs such as “Black Lives Matter” and “I can’t breathe!” and chanting, “Fuck Trump!” and “No Justice No Peace!”

The uncontrolled rage and feeling of powerlessness of some individuals was expressed through a few broken windows on police vehicles as the march neared the precinct station on Lake St. and Minnehaha Ave. In retaliation, the police sent tear gas and non-lethal rounds into the crowd, which included children, parents, and grandparents. On Wednesday morning, Minneapolis Mayor Jacob Frey issued a statement calling for the arrest of the officer who killed George Floyd.

Spontaneously, a smaller crowd gathered outside the police station that evening. Undoubtedly, the size of these protests would have been even larger were it not for COVID-19. Livestreams were watched by thousands of viewers who were overwhelmingly on the side of the protesters.

Although protesters stood still with arms raised in the street, chanting “I can’t breathe,” and “hands up, don’t shoot,” the police tear gassed the crowd yet again. Some of the protesters took the lids off large garbage bins to use as shields against rounds shot by the police, and anyone attempting to throw objects at the cops from behind the makeshift barricades was told immediately by other protestors to stop.

Just weeks ago, the cops stood calmly at the state capitol building in nearby St. Paul as armed protesters demanded that the governor reopen the economy. The racial and class composition of that protest was decidedly different—white and petty bourgeois. But since the police are a tool used to protect private property and the capitalists’ profits, the protests to reopen the economy were under their protection. But the protests for justice in the killing of George Floyd—which are at root protests against a system that relies on racism to exploit and divide the working class—are not permissible to these same officers.

So far, the demonstrations have been largely spontaneous, the product of the accumulated anger being released like pressurized gas finally finding a fault in its vessel. Like the Ferguson movement which erupted in a very similar manner, the justified anger of the community has been met with police violence and repression. In response, more protests are set for Thursday and Saturday. But the movement is leaderless and therefore, ultimately, directionless.

Several unions have published statements condemning the Minneapolis Police Department and calling on the city government to “take action.” But far more is needed from organized labor! They should link up directly with the protests and mobilize their membership to flood the streets. With 364,000 union members statewide, the streets of the city could be immobilized if the union tops took action. It is the working class that has the power to “shut it down” by withholding its labor! A city-wide general strike—along the lines of the 1934 Teamsters Strike—would get the authorities’ attention! Ultimately, it would pose the question: who should run society?

Though some are taking advantage of the chaos and disorganization that comes from a spontaneous, leaderless movement to loot stores, and even burn down buildings, these actions are not a function of the protests but a product of the system the police are defending. Capitalism creates a world of plenty in the big retail stores, while armies of starving people are unable to afford to buy the products beyond their doors, and luxury condos stand vacant in the midst of a housing crisis. These contradictions have been exacerbated by the economic catastrophe that has befallen the workers and poor. Across the US today, fully 41 million workers have lost their jobs since March, including fully 39% of low-wage workers earning less than $49,000. A full 35% of households with children are now food insecure. This has led to an explosive mood of anger that is searching for an outlet.

Nonetheless, elements of organization have been seen in embryo in the first 48 hours of this movement, such as the distribution of masks, hand sanitizer, and other donations to those who need it. We also see the evidence that large crowds of protesters are perfectly capable of “maintaining order” among themselves. For example, when individuals have tried to throw litter at the police in brash anger, but were stopped by the rest of the crowd so as not to give the cops an excuse to unleash even more violence.

To take things to the next level, organized labor should actively link up with the protesters in recognition of the workers’ common struggle against the racist capitalist system. With the unions’ resources and numbers, the movement would take on an entirely different character. The police would be less likely to fire teargas at thousands of firefighters, iron, and steel workers! But if they did this against the broader working class, this could unleash a much sharper crisis for the government—and it would not be limited to the Twin Cities.

Despite its “Minnesota nice” facade, Minnesota is one of the most racially unequal states in the country, and the seething class anger and frustration is palpable. Before COVID-19, just 7% of white Minnesotans lived under the official poverty line, compared to 32% of black residents. Official unemployment for blacks was nearly three times higher than the jobless rate for whites. For decades, black families were barred from buying property in designated “white neighborhoods” through so-called “racial covenants” embedded in deeds written between 1910 and 1950. This is institutionalized racism, pure and simple, and it is hardwired into American capitalism.

As a rule, police officers don’t patrol their own neighborhoods. They are often recruited from the most reactionary layers of society and unleashed on poor and working-class neighborhoods to terrorize the very populations they disdain. This is why calls for “community control” of the police, and for officers to patrol the neighborhoods they’re from, are at the forefront of many people’s minds every time a white cop kills a black person in the street.

But it is impossible to establish community control over our own neighborhoods, and to guarantee our safety while there is fundamental inequality in every other aspect of life. “Equality of life” can only be realized by abolishing capitalism and replacing the capitalist state with one run democratically by the workers. The police are part of the apparatus of the capitalist state used to defend the tiny minority that owns the means of production. No amount of oversight measures or “community review boards” will change the repressive nature of these bodies.

The workers cannot rely on the capitalist police to protect us. The Minneapolis Regional Labor Federation should organize neighborhood defense committees to unite both unionized and unorganized workers and the unemployed to mobilize at a moment’s notice to respond to police violence in working-class neighborhoods—we can collectively defend ourselves!

Likewise, the recent demands for “action” and “justice” are not sufficiently concrete. What actions? Whose justice? What does justice look like when the whole system is guilty?

Compared to many other similar cases, Mayor Frey has moved more aggressively to hold these particular officers to account—because he knows he’s sitting on a powder keg. But we should not trust this tool of the Democratic Party and the city’s capitalists. Nor should we have any faith that the FBI, which has been called in to investigate, can bring about “justice” in any way shape or form.

The institution of the police as a whole is rife with racism and abuse of power, a reflection of the system it upholds. Removing a few “bad apples” does nothing to fundamentally change the class relations that bring about such tragedies. Even if the police are on their “best behavior” for a time, eventually, another extrajudicial murder by another “out of control” officer will occur.

In order to maintain a system in which a small ruling clique can repress the vast majority of society, they must divide us by race, nationality, religion, sexuality, gender, and anything else they can come up with. When one section of the working class is blaming another for having a bigger piece of the pie, the capitalist class sleeps peacefully knowing they own the bakery. A socialist revolution would not immediately erase all of the prejudices of capitalist society, but it would destroy the very foundation racism rests on, so that we may dismantle it from the bottom up.

Before he, too, was murdered by the police in Chicago, Fred Hampton explained:

And as we explain in our program: “Reparations for centuries of exploitation, racism, and oppression can only be achieved by ending capitalism and building socialism.”

Join the IMT and the fight to make this a reality!